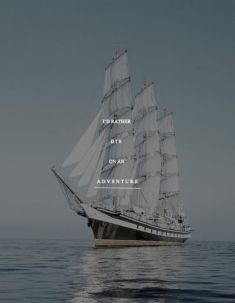 I would MUCH rather be on an adventure than have the flu.

So, it finally happened.  I thought, when I got laryngitis a couple of weeks ago (much to the eternal — or perhaps infernal — amusement of my children), that I had done my time with lurgies great and small this Winter.  Or Spring.  Or whatever the damn season is, given that the temperature rocketed up to 34°C two days ago before plunging back to a wild and windswept 12°C.

Unfortunately, my own temperature has been vacillating just as unpredictably: influenza has me in its evil grip, and the Thrifty Fictionista has taken to her bed.  Still, rather than railing against the indignity of barely having the energy to get out of said bed, or boring you with my symptoms, I have managed to haul myself upright for a minute or two so I can tell you what has been keeping me sane for the past three days.

Books, books and more books.  And even though recently I have been reading things like Margaret Atwood’s The Handmaid’s Tale (which I freely admit I could not read in bed as I found that a bit too disturbing), and Virginia Woolf’s A Room of One’s Own (which I highly recommend — both as a read and a concept), and Jane Harper’s The Dry (which is as fine a debut novel as you’ll ever read as well as providing an unflinchingly accurate depiction of life in small outback Australian towns), I have — as usual — a confession. I do wish I had a coat like Kell’s…

The Thrifty Fictionista can’t read such things when she is sick.

And so, the past few days have I reached for my Kindle (which, with its amazing capacity to deliver whole books into my waiting hands without leaving my bed, seems like magic itself) and buried myself in V E Schwab’s A Darker Shade of Magic trilogy.

On Wednesday, I re-read A Darker Shade of Magic, because it had been quite some time since I had dipped into the world of Red London.  Or Grey London or White London, for that matter.  And given the flu made me feel like I was already well on my way to Black London, I found myself wishing for a coat like Kell’s — you know, the one that you can turn inside out and every time it’s a different coat — and for the ability to wield Antari blood magic.

As Hasari…I wanted to whisper. Oh, for a working spell, not days stuck malingering in bed.

But the flu had other ideas, so I kept on reading and followed the thief, Lila Bard (you just have to love a girl who would like to be a pirate, don’t you?), and the magician Kell on their adventures through the various Londons, saving cities and rescuing (or was it resurrecting?) princes.

On Thursday, I started reading A Gathering of Shadows, and was gratified to discover that it was considerably longer than the first book, as the damn flu showed no signs of abating even when hit with hard core antibiotics and a decent-sized helping of The Bloke’s best Spaghetti Bolognese. I love that Lila did wind up becoming a pirate — ahem, I mean a Privateer — and thoroughly enjoyed meeting her Captain, Alucard Emery, and I relished the magic and mayhem of the Essen Tasch tournament.

And now it is Friday, and I have just downloaded the third book, A Conjuring of Light, hoping that it will bring me just that: light relief from being stuck in this bed.  Still.

So, without further ado, I am going to get on with it, not least because I need to lie down again…but also because I am grateful for the escape.  For the distraction.  For the adventure.

And — mostly definitely — for the magic.