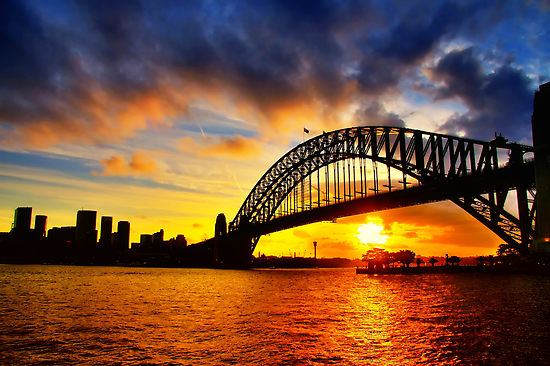 Summer is coming to a close. It’s February…season of sweats and humid yucky-ness. Had John Keats been around to write about the end of an Sydney summer he would probably have been even more florid in his praise of autumn.

It’s funny — summer is something we long for, but by the time Australia Day has rolled around and we’ve yelled kung hei fat choi as fireworks burst against the backdrop of an eventually darkening daylight-savings sky, we’re slightly over it. Not the long evenings of sunshine and endless twilight, not the many happy hours at the beach, nor the impossible stretch of bleached blue skies that pilots refer to as “severe clear”.  No, those things we’re happy to embrace, to celebrate, and — come July — to immortalise.

Humidity, that drooping, relentless, monsoonal wet blanket. Those never-ending February days filled with hot, moist air dampening all that it touches, followed by nights when the temperature does not dip below a balmy 23 degrees. Nights when bedclothes are abandoned, and sheets become stained with sweat.  My children sprawl across their beds, legs and arms flung into starry shapes as they sink into turbulent sleep, disturbed by short, sharp bursts of rainfall on the roof.  In our own bed my husband seems somehow distant from me, separated as we are by the contorted, constricting snake of doona, squished between our torpid, somnolent forms.

And then there are the really hot nights, when all the old stories come out: tales of being taken to the beach in what felt like the middle of the night to splash in the shallows and cool down.  Of nights when the heat defeated any prospect of sleep, and people sat around having a quiet yarn and maybe the odd beer, and everyone knew that the occasional “How hot is it?” was not even a rhetorical question, but an admission of surrender.

The word “humid” is actually derived from an old French word for “moist” or “wet”, but is probably influenced also by the Latin word “humus”, meaning “earth”.  It’s remarkable accurate, really, because that is what it feels like, this Sydney heat — moist earth.  And it smells like overblown frangipani flowers, trodden into the mouldering undergrowth.  It wilts us, saps us of our energy, sends us to our knees. We droop in ancient deckchairs, waiting for the southerly winds to blow in and trace cool fingers across our brows.  We know, only too well, that the humidity won’t last, and neither will the summer.

Yes, here in Sydney, summer is coming to a close. 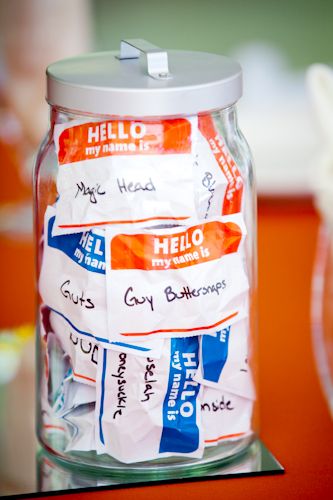 School’s back!  The hallway has been spontaneously transformed into a dumping ground for schoolbags, and the kitchen bench has disappeared under a load of lunchboxes. There’s no real homework yet, but after only four days of the current academic year I cannot guarantee what my reaction will be if another book to be covered emerges from Marvel Girl’s backpack…the mere thought of contact adhesive fills me with a vague nausea and sense of impending doom.

There are always a few wrinkles to be ironed out at the beginning of each school year, but in the scheme of things most of them present only minor challenges. So far Marvel Girl has managed to wear the correct uniform on the right day, Miss Malaprop hasn’t yet lost her (extra carefully labelled) new hat, and I’ve managed to track down one of the last elusive copies of the required Handwriting Textbook at the local mall.  (I’m banishing the thought of covering the damn thing yet…I will probably need to perform at least an hour of creative visualisation and yogic breathwork before I even consider retrieving the roll of contact from wherever I threw it in the dark recesses of the cupboard).

But, as I said, these are but trivial trials — nothing that can’t be solved by a single application of brain power, elbow grease or a large glass of red wine.  No, the big challenge is The Name Game.

The Name Game, for those of you who are blessedly unaware of its existence, is that jolly pursuit we parents pursue in playgrounds across the country at the start of every school year.  We begin by greeting our close friends, some of whom we haven’t seen all summer, with enthusiasm — we ask after their spouses, natter on about the older and younger siblings of their child who is in your child’s class, perhaps even mention their dear devoted dog — all by name.  We feel confident, chatting away. We’re upbeat. This is going to be a great year!  I mean, look at me — just look at me — talking away, remembering those monikers, getting it all right!

And then, we turn to say hello to some other friends, or maybe — more accurately — they’re acquaintances.  Their child was in the different class last year, and while we cheerily say, “Hello Hermione!” to their adorable daughter, we inevitably turn to the parents and acquire a slightly fixed grin before asking, “Hi, how are you? How were the holidays?” (perhaps a little bit too brightly) to distract them from the fact that you can’t quite recall their name.  But we excuse ourselves, on this occasion, because let’s face it: the kids are all in identical school uniforms, so you are forced to associate their actual faces with their actual names. But the parents?  Well, it’s quite possible that Marty’s mother was wearing a red spotted top when you meet her, but who in God’s green earth knows what she has on today?

But then you begin walking toward the school gate, feeling a little less poised but remaining ready for the next drop off (at preschool this time…there can’t be too many faces to contend with there, right?) when you bump into a tearful mother of a new kindergarten pupil who clearly knows you from somewhere, and you offer reassuring platitudes and rummage through your handbag to proffer tissues all while racking your tiny brain for some clue as to where it is that you met them (Was it Playgroup? Music class? No…maybe Swimming? Or Ballet?) in the faint and very distant hope that you might recall something — maybe even just the first letter — of their name.

By the end of the week, when you’ve traipsed through school and preschool playgrounds, dropped and picked up kids from a mind-boggling array of extra-curricular activities, and received three invitations for upcoming birthday parties for children you are now unsure whether you actually know, you’ve had it.  Your confidence is shot, the week is a blur of a thousand faces, and you can barely remember the names you once bestowed so lovingly on your own children.  Your sleep has been troubled, as you’ve been jolted awake in the small hours of the night, finally recalling that it was Marissa who had a kid starting at Marvel Girl’s school this year, Marissa who you met at Playgroup two years ago, and her daughter’s name was…oh dear God…what was her name?

Yes, The Name Game gets us every year.  It’s akin to being asked to swallow a baby name book and subsequently regurgitate it in certain combinations at very specific times — basically, when Sally waves at you from her car in the Kiss and Drop line, and you need to recall — instantaneously — that her husband is Paul, that William is in Marvel Girl’s class, that their twins are called Mabel and Molly (not at preschool yet, bless them) and they have a cat called Elvis.  And when you do actually get it right (don’t forget to buy yourself a lottery ticket afterwards), you feel like you’ve just won the City to Surf in world record time or nailed the Croquembouche Challenge on Masterchef.

I haven’t got through the first full week of this year’s Name Game yet.  I’ve already had moments when I’ve only managed to smile and nod at a sort-of-familiar face, and one instance when I actually had to ask someone I know well whether I had correctly introduced her to someone who I knew but she didn’t. It’s becoming abundantly clear that I’m no Sherlock Holmes: if I ever had a Mind Palace, it’s now so full of names and random facts about Disney fairies and every last lyric from Frozen that there is room for no more. But that’s the nature of The Name Game. It gets to you like that. At this point, it’s a wonder that recall what my own name is.

Thank heavens the kids just call me Mum. That, I think, I can remember.