Oh Jane Austen…how ardently we admire and love you still…

Fun Fact for you Folks: 16 December 2016 would have been Jane Austen’s 241st birthday if she was alive today. Sadly, she only reached the age of 41, but on the upside I don’t fancy knowing what she would have look like if she had lived those extra 200 years (though I’m thinking it would probably be along the lines of Bilbo Baggins after Frodo took the One Ring away from him and moseyed off towards Mordor…)

Despite her untimely demise, I would venture to assert that it is a truth universally acknowledged that Jane Austen is one of the best loved writers (in English) the world has known — and will ever know. But rather than praising Austen’s elegant prose, or admiring her artistic longevity, or extolling her virtues as a social commentator, or waxing lyrical over her well-honed and even-better-aimed wit, I thought the occasion of her 241st birthday could be better spent considering something completely different.

What would Jane Austen make of the world of 2016? 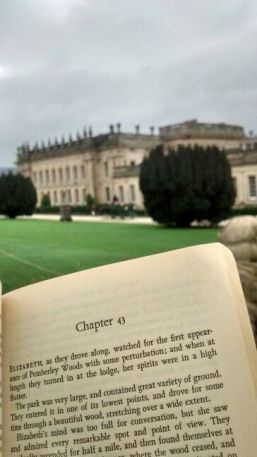 Has anything really changed? Would any of us turn down the opportunity to live at Pemberley?

What would she have made of selfies, and status updates, and social media? Would she have embraced technology and been right at the cutting edge of social commentary, garnering thousands of Likes with every carefully-worded comment, or would she have been far more circumspect — and perhaps chosen to email an errant niece privately, for example, to warn her that having viewed her Facebook feed that she would be receiving suitably decorous clothing and the Oxford English Dictionary for Christmas?

Would Jane Austen have usurped J K Rowling as the undisputed Queen of the Twittersphere? Would she have taken the view that if you can’t say it in 140 characters you’d be best not to say it at all, or would she have been entirely too polite to tweet?

Would she have taken part in the seemingly endless conversation regarding real estate (which, in the face of sky rocketing property values, has become something of a national pastime here in Australia)? It seems reasonable to suppose that she might — given that Netherfield Park being let at last was such big news in Pride and Prejudice  — or would dear Jane deem such discussion to be too crass in a modern world so obsessed with resale values? 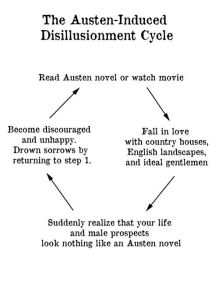 The sad syndrome that besets Austen fans of every Persuasion…ahem…

What would Miss Austen make of the many film and television adaptations of her novels, or of their various parodies,or of the ones that even feature zombies? Would she wade into the debate over who made the best Mr Darcy — was it Laurence Olivier? Colin Firth? Matthew MacFadyen? Elliot Cowan?

What would she think of Bridget Jones?

(What, I wonder, would she make of Donald Trump?)

And, speaking of catastrophes, would she care to comment on the so-called “Austen-Induced Disillusionment Cycle” and its effects on fans around the globe?

Would Jane Austen ever Swipe Right? Or would she counsel her fellow singletons to stay away from Tinder, perhaps suggesting — gently, of course — that while Mr Wickham’s profile picture might be ever so attractive, it may not provide the full measure of the man? 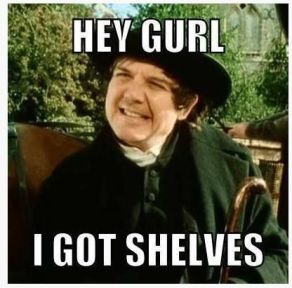 I am, and will remain, eternally grateful that Mr Collins never got Instagram…

Would she use a Kindle, or would she remain the sort of person for whom only paper and ink would do? Would she share the iTunes playlist of the music she listened to while she wrote? Would she continue to write longhand, in her elegant handwriting, or would she use a computer — and, if she did, Jane Austen be a Mac User or PC Girl?

Oh, just imagine that for one glorious moment…

I know I would follow her until the end of time if she did. But in the meantime, to celebrate her 241st birthday, I think I’ll go and re-read Pride and Prejudice for the twenty-seventh time instead.

PS: This one’s for my Dad, who handed me my first Austen...