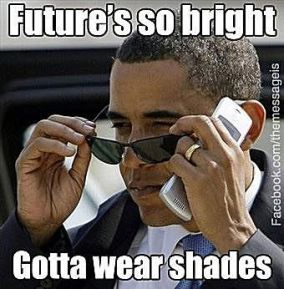 Clearly the former POTUS follows my humble blog and can’t wait for MY Best of 2019 Lists….

Because he is Barack Obama (and even though we live a considerable distance across the Pacific, don’t we wish we were still seeing a whole lot more of him), he simply put up a list of what he thought were his best reads of the year. No doubt book sales will hit stratospheric heights momentarily…

Now, as any of you follow this blog with any semblance of regularity may know, this is the time of year when I, also, typically put fingers to keys and let you know what my favourite books, songs and viewings were of the year. And while I cannot even begin to pretend to operate in the same league as Barack Obama (I suspect it sufficient, at this point, that we reside on the same planet), those of you who follow this blog already know that this year had not entirely gone to plan. That said, previous years did not exactly go to plan, but sometimes we need to learn lessons more than once to make them really sink in…

So far, December 2019 has brought us the end of the school year, more Christmas parties than we care to mention, a special outing to Cirque du Soleil (magnificent and something we would highly recommended were it not for the fact that we saw their final Sydney show of Kurios), and a godawful lingering case of the flu — which has now metamorphosized into equally lingering head colds that require us to take a family sized box of tissues wherever we go, even if it is only to the beach less than one kilometre from our front door.

And so…yes, I know, I’m running late on all these posts and won’t get them done in the next day and a half before New Year’s…I will be letting you know what my Best Of 2019’s were in — yes, you guessed it…

Because good things come to those who wait.

And I have lists. You know I do…lists of my final top 5’s and shortlists and even thematic lists (though they may not make the final cut — you’ll just have to wait and see).

With every best wish and several tenterhooks to hang off,