So I’ve discovered a new phenomenon this week: the healing power of disco. It has been a two phase discovery — partly inspired by a mega-meltdown from Miss Malaprop, and the rest by Stellan Skarsgård’s mesmerising performance of a police officer grappling with mental illness and the murder of his partner in River.

Yeah, I know: disco, a child’s tantrum and a crime drama are not usually things that get mentioned in the same sentence, but bear with me here — even if it’s only because the silly season officially starts today.

To be honest, it was watching River that came first, and provided me with the inspiration for dealing slightly differently with Miss Malaprop’s apocalyptic outburst yesterday morning (OK, it probably wasn’t quite that bad…it just felt like it at the time).

River is definitely not your average police procedural — it’s far too psychological and, dare I say it, Shakespearian for that. And despite the fact that Swedish Skarsgård plays the lead (and is in virtually every scene of the series’ six episodes), it’s not a Scandinavian crime drama either. Brilliantly and elegantly written by Abi Morgan, it’s a BBC production that follows the increasingly unstable detective John River (Skarsgård, obviously), who is — quite literally — haunted by his partner, Stevie (Nicola Walker), as he attempts to unravel who was responsible for her murder, a traumatic event he had the misfortune to witness. 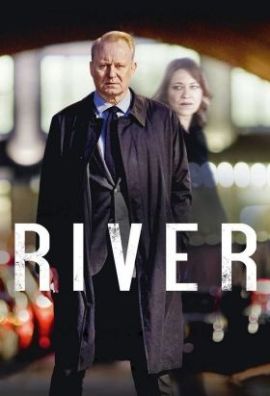 Stellan Skarsgård and Nicola Walker at their brilliant best in River: “Madness can bring its own kind of clarity”, but a bit of Disco helps…

It’s compelling viewing, as dark and disturbed as River’s own mental state, yet punctuated with moments of startling insight into the beauty and fragility of humanity. And over the top of it all? A sparkling soundtrack full of the disco hits Stevie loved.

I’m not going to say any more about what happens to River, other than to say that I think the series is so good it probably deserves multiple viewings, that I am in total agreement with Michael Hogan’s assessment of Skarsgård’s handling of the final episode:

Skarsgård delivered a powerhouse performance: sad and soulful in one scene, sardonically spiky and manically energetic in the next. With his craggy face and crumpled demeanour, the haunted detective has prowled the streets of east London like a wounded bear, pawing at thin air as he pursued his prey.

Oh — I should probably also mention that since watching River, The Bloke and I have been humming disco anthems for at least a week now. And smiling at each other when we do. Not just because we know that we’re both remembering how Stevie made River smile when she sang along to disco songs while they drove around East London, but because it’s really hard to be grumpy when there’s disco in the house.

And that, of course, brings me to the god-awful Gotham morning I had with Miss Malaprop: what do you do when your younger child, sleep-deprived and still sugar-high after her very first camping trip, completely loses it before preschool? 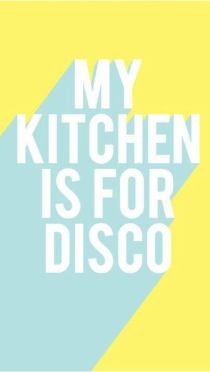 You dig out the Greatest Hits of Boney M, that’s what you do. Because it really is hard to be grumpy when there’s disco in the house.

Admittedly, it did take a little while, a whole lot of hugs (plus a hot chocolate with big AND small marshmallows), but before too long, Boney M were working their disco magic in my kitchen. And before long, there were smiles all around.

So this silly season, if the need arises, give it a spin at your house and embrace the healing power of disco…you may even discover yourself asking Santa to bring you a mirror ball to add some extra sparkle to your kitchen this Christmas.

Best wishes for surviving the silly season from Blue Jai.

And good luck trying to get that song out of your head now, too…